Home » Action » Top 20 Most Dark Manga of all Time
ActionAdultAdventureDramaFantasyFeaturedHorrorShoujo

Top 20 Most Dark Manga of all Time

Dark manga can refer to a variety of things other than blood, guts, and monsters. It can be violent, deep, psychological manga, and some may contain sexy manga content and violence. So, let’s take a look at this list. Most of the manga isn’t in the horror genre because most of these anime aim for 12+. Usually Shounen or Shoujo Anime, so watch some of these if you’re bored with that. 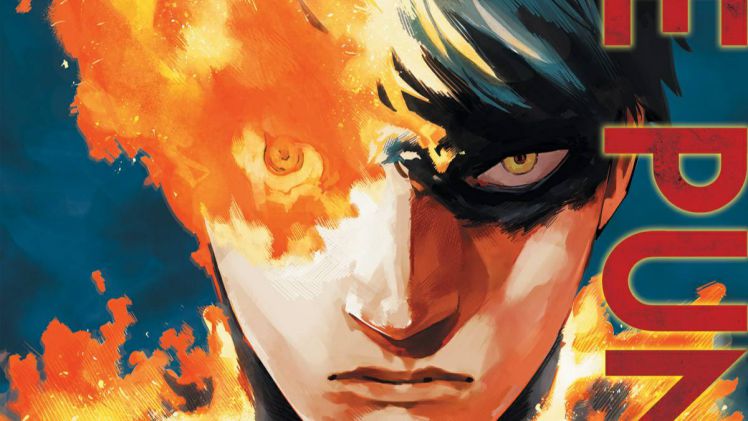 Fire Punch is about a civilization on the verge of extinction due to ice and snow wreaking havoc on their world. The person responsible for this misfortune is the Ice Witch, who is nearly impossible to stop. Agni and Luna, who have great regenerative powers, live in that world. Doma burns Agni after setting him on fire, but he recovers and continues to burn. He vows to cross the frozen wasteland to rescue his sister from Doma’s clutches. 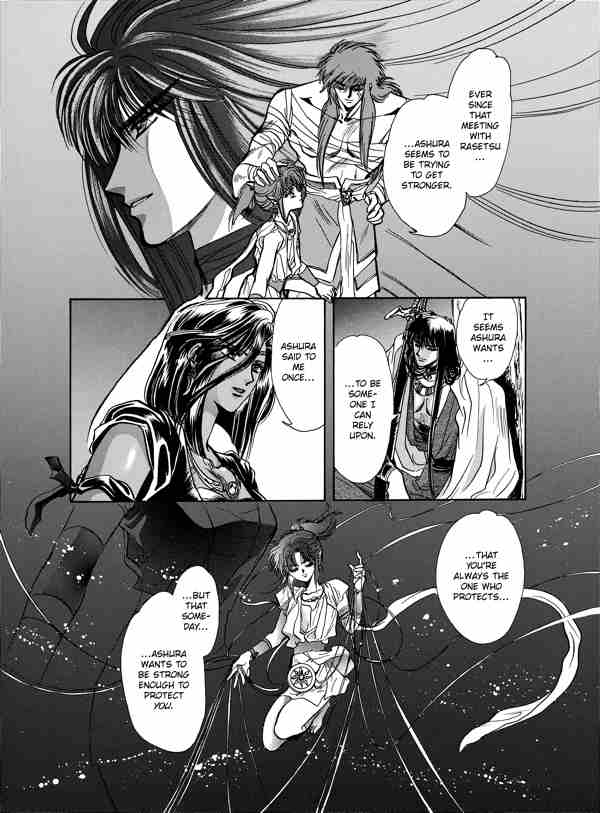 The story begins 300 years ago when a powerful Warlord leads a rebellion against the Heavenly Emperor. He managed to assassinate the Emperor and seize his throne, establishing himself as the new Emperor. However, a prophecy is made that six stars will align in the future, putting an end to his tyrannical rule. In the present day, the Yasha Clan’s ruler locates the last member of the Ashura Clan, and the two embark on a journey to find the Six Stars and defeat the cruel Warlord. 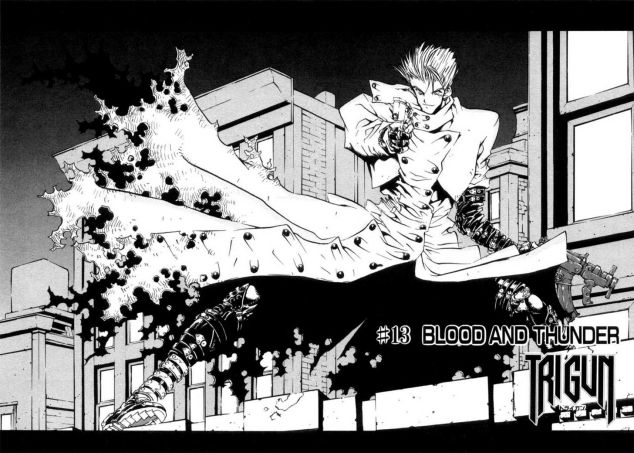 Vash is the protagonist of this manga, and he has a large bounty on his head. As a result, bounty hunters pursue him at all hours of the day and night, making his life a living hell. He is convicted of destroying the city of July, which Vash has no recollection of. Set out on a journey to discover Vash’s mysterious past as he is forced to violate his moral codes and do something for the greater good.

Kenzou Tenma, a Japanese brain surgeon in Germany, had it all: incredible skill at his job, a wealthy and beautiful fiancee, and a promising career at his hospital. However, after becoming disillusioned with hospital politics, he chose to save the life of a young boy who was shot in the head over the life of the mayor. As a result, he lost the support of the hospital director, as well as his position in the hospital and his fiance. A short time later, the hospital director and the doctors who replaced him were assassinated, and he was catapulted back to the top. On the other hand, Tenma did not have an easy life as the prime suspect in the murders. It seems that the boy he saved was much more than he had appeared to be. Now to clear his name and correct his past mistake, Tenma must get to the bottom of these and other murders and investigate the truth of the Monster who is behind all of this

KINO NO TABI: THE BEAUTIFUL WORLD

This is the story of the human Kino and the talking motorbike Hermes’ travels and observations, told in the form of a series of short stories. Kino and Hermes travel to various fantastic countries, such as one that cannot coexist with others due to the development of telepathy, another that is striving to make everything equal and whose residents are extremely united, and so on. The appearance of the unusual Kino causes small ripples in the lives of people living in various countries. These ripples gradually become a significant influence, shaking the foundations of their normal lives. What will Kino and Hermes encounter on their journey? And what will be left in the hearts and minds of the people they encounter? 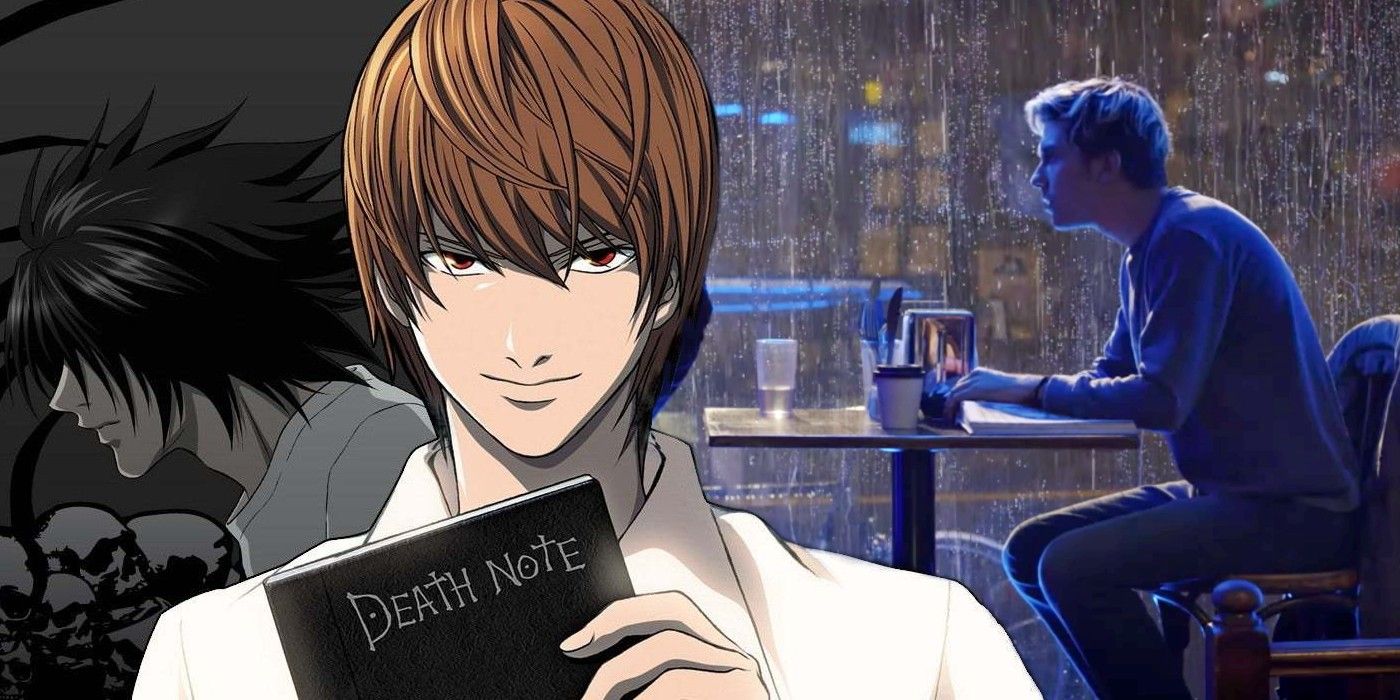 Ten thousand years in the future, the world has changed dramatically; monsters roam the land freely, and people, despite being armed with high-tech weapons and riding cybernetic horses, live a simple life reminiscent of millennia past. Count Magnus Lee, a powerful vampire lord who has ruled the land for thousands of years, has plagued a small hamlet with monster attacks. When a young girl is bitten by the Count and chosen as his current toy, she seeks the assistance of a quiet wandering stranger, D. D happens to be a renowned vampire hunter, and he takes it upon himself to slay the Count’s legions and put an end to his rule.

Maebara Keiichi spends his days blissfully in school after moving to the quiet town of Hinamizawa, frequently playing games with his local friends. Appearances, however, can be deceiving. One fateful day, Keiichi comes across information about a murder in Hinamizawa. From this point forward, horrific events unfold in front of Keiichi, as he soon discovers that his close friends may not be who they appear to be. The story is told in a series of different scenarios based on the amateur mystery game by 7th Expansion.

Yukiteru always declines invitations to go out with friends, preferring to spend his time on his cell phone writing a diary. He believes he has an imaginary friend named Deus Ex Machina. However, one day Deus asks him to participate in a survival game with eleven other people. The victor is the next Deus Ex Machina. To win, the contestants must use their future diaries to eliminate one another. Yukiteru must collaborate with another diary holder, a girl named Yuno, to survive.

Zankyou no Terror (Terror in Resonance)

On a hot summer day, A massive terrorist bomb detonated Tokyo. The perpetrators of the act that jolted this slumbering nation were two young boys. The culprits, now known as Sphinx, launch a massive game that engulfs Japan. Terrorism is a hot topic in today’s world, and nothing puts it into perspective like fiction. Zankyou no Terror is a dark anime that explores the nature vs. nurture debate through the eyes of its “protagonists,” who struggle for individual identity and recognition in a world hell-bent on burying its mistakes. They accomplish this by instilling fear, terrorism, and chaos. There are no “good guys” or “bad guys,” and it does an excellent job of skewing right and wrong in the face of justice.

There is a rumor. There is a message board called Jigoku Tsushin that can only be accessed at midnight. If one writes a grudge against someone, Jigoku Shoujo appears and takes the person to Hell. An eye for an eye takes on a new meaning in Jigoku Shoujo, where you can curse someone to Hell but are also sentenced to Hell yourself. The anime delves into the various reasons why someone would give up their soul to curse another, whether they are a tormentor or a bitter enemy.

Misaki, a popular student in Yomiyama North Middle School’s class 3-3, died during the school year in 1972. Since then, the town of Yomiyama has been shrouded in fear as a result of the dark secrets hidden deep within. Twenty-six years later, 15-year-old Kouichi Sakakibara transfers into Yomiyama North’s class 3-3 and soon discovers that a strange, gloomy mood seems to hang over all the students. He is also drawn to the mysterious, eyepatch-wearing student Mei Misaki, but the rest of the class and the teachers treat her as if she does not exist. Paying no heed to warnings from everyone, including Mei herself, Kouichi begins to get closer not only to her but also to the truth behind the gruesome phenomenon plaguing classes 3-3 of Yomiyama North.

During the reign of Louis XV, a certain woman was discovered dead in a coffin floating down the Seine River. D’Eon, the woman’s brother, is determined to find the murderer of his sister, Lia. However, there are some unusual movements in France. And things get even stranger when Lia’s soul enters D’Eon’s body.

Mai Taniyama and her friends enjoy telling ghost stories–that is until she meets 17-year-old Kazuya Shibuya, the man sent by Shibuya Psychic Research Center to investigate paranormal activity at a supposedly haunted school. When Mai becomes trapped in a dangerous situation, Kazuya’s assistant comes to her rescue. Saving her renders the assistant incapacitated, and Kazuya demands that Mai replace him as his assistant.

This series chronicles the events of the Fourth Holy Grail War, which takes place ten years before the events of Fate/stay night. Fate Zero is a traditional fantasy series with alternate animes set in different universes. Every once in a while, something known as the Holy Grail will select a master and a servant. Whoever is chosen is forced to fight in the Holy Grail war, promising to have one of their wishes granted if they win. In almost every way, Fate Zero is obscene and disgustingly viler than Fate Stay Night.

Koko Hekmatyar, a young arms dealer, sells weapons through the shipping company HCLI. As one of the company’s unofficial weapon sellers, she secretly sells weapons in a variety of countries while avoiding local authorities and law enforcement, as the majority of her work is illegal under international law. Her bodyguards, who are mostly ex-military veterans, accompany her on her journey. Jonah, a seemingly emotionless child soldier who is skilled in combat but, ironically, despises arms dealers, is her most recent addition to the crew. Jonah joins Koko to track down the arms dealer responsible for his family’s death. The adventures of Koko and her crew around the world are detailed below.

It will be possible to quantify a person’s emotions, desires, and every inclination in the future. It is also possible to measure a person’s criminal tendency factor, which is used to judge criminals, in this manner. This is the story of a group of cops dedicated to keeping the peace. Some work in the Enforcement Division, which is in charge of apprehending criminals, while others work in the Supervisory Division, which supervises their colleagues in Enforcement.

Mugen is a fearsome animal-like warrior with a distinct Bboying (break-dance) fighting style. Jin has a more traditional style, but this is not a disadvantage because his skills are incredible. The two opposing samurai warriors are not friends, but their paths seem to cross anyways. Mugen is aimlessly wandering through the city when he comes across a teahouse where he meets Jin and Fuu (a ditzy waitress with something hidden up her sleeves). Fuu persuades them both to accompany her in search of a mysterious samurai who smells like sunflowers, and their adventure begins. This modernized hip-hop story defies the conventions of the past.

Izumi Shinichi, 17, lives in a quiet Tokyo neighborhood with his mother and father. Parasytes, worm-like aliens, invade Earth one night and take over the brains of human hosts by entering through their ears or noses. One Parasyte tries to crawl into Shinichi’s ear while he sleeps but fails because he is wearing headphones and instead enters his body by burrowing into his arm, taking over his right hand and naming itself Migi. Because Shinichi was able to prevent Migi from ascending further into his brain, both beings retain their distinct intellect and personalities. As the duo encounters other Parasytes, they capitalize on their strange situation and gradually form a strong bond, working together to survive. This gives them an edge in battling other Parasytes who frequently attack the pair upon realization that Shinichi’s human brain is still intact. Shinichi feels compelled to fight other Parasytes, who devour humans as food while enlisting Migi’s help.

Anime Rankers is your final destination for all your anime needs. We make lists on the best anime and manga you need to watch to experience the best of the anime culture. If you want to submit your own posts just mail us your post on support@animerankers.com